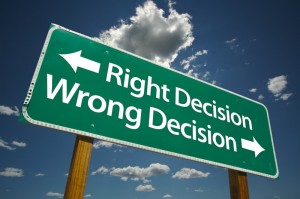 In virtually every human society, ‘he hit me first’ or ‘he started it’ provides an acceptablerationale for what comes next. It’s thought that a punch thrown second is legally and morallydifferent than a punch thrown first. The problem with the principle of even-numberedness is thatpeople count differently. People think of their own actions as the consequences of what camebefore. They think of other people’s actions as the causes of what came later, and that theirreasons and pains are more palpable, more obvious and real, than that of others.

These are positions and ideas we all “wind up” playing out. When we “are” right, it appears to usto be the truth. For us to be right it is an equal truth that someone else is wrong, it’s not a matterof accuracy, it’s a matter of who we believe ourselves to be. We can’t be happy, vital, and lovingwhile we’re being right, making someone wrong, or justifying our positions, one displaces theother. The “rightness” of our positions also precludes us from being open to seeing other pointsof view.

We have a choice about our actions. When we choose to change the way we wound up “being”,we move to a place of freedom, a place where we can be free from stress and live the lives wewish for. Our points of view and positions can then move from fixed to malleable, from closed toopen, where each person can be listened to and appreciate you have listened.  We get to act inaccordance we the sort of person we want to be rather than the person we ended up.

YOU GET TO SAY HOW YOUR LIFE WORKS RATHER THAN REACTING TO LIFEHAPPENING TO YOU.