The Evening Event will now take place on Wednesday 15th July at the ODI Leeds, Munro House, Duke St, Leeds, West Yorkshire LS9 8AG. Doors open at 6.00pm, coffee and tea available, starts at 6.30pm, finishing approximately 9:30pm . As I mentioned, it is an opportunity for you to find out what coaching is, what its benefits are for you. Some of the reasons people take coaching are:

• Being a leader and making a difference
• Finding a new job or career
• Being a powerful leader
• Achieving greater career success/satisfaction
• Exploring what really matters in life – restructuring priorities
• Dealing with stress and anxiety
• Finding work-life balance
• Increasing self esteem, confidence and motivation
• Releasing true potential – discovering skills, talents and dreams
• Dealing with difficult or challenging people
• Finding a new relationship or resolving problems in an existing one

Please bring along any family, friends, work colleagues or anyone you know who coaching may benefit or who may have an interest in personal development.

Numbers are restricted, so please register your interest at http://www.eventbrite.co.uk/e/introduction-to-coaching-evening-tickets-17245284109

The evening will last approximately three hours, during which, you will learn how coaching works, the principles it’s based on, what it costs, and the benefits it offers. You will also have an opportunity to ask questions and hear from people who have experienced coaching and see for yourselves how it has improved lives.

Burnout – Do you bring your work home? 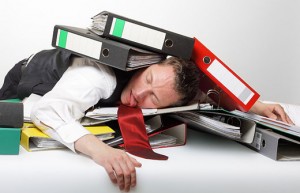 Stress and burnout coaching can help you cope

No one ever said that this journey through life has to be done alone. Many times people are too proud to admit when a challenge is more than they can handle. For loved ones to witness this struggle, they will want to do whatever they can to help the person cope and get through the challenges they face. Stress and burnout coaching has evolved and was developed specifically to assist those individuals, many of whom are executives in high-pressure positions, deal with the everyday and the not-so-everyday battles within their lives.

Many people take their stresses home

Stress in the workplace is a challenge to physical and mental health. But it also often affects other aspects of a person’s life, such as their family. When most people go home from their nine-to-five jobs, whether they are working in the construction field or are assistants in an office somewhere, more often than not their work stays behind; they don’t bring their work home with them. However, for executives and those professionals whose careers are on the line every day, they tend to bring the pressure of work home with them.

This can lead to a number of problems within their family life as well. Using stress and burnout coaching to help cope with the struggles and the strife of modern life is one of the most efficient ways to manage all of the stress that career and family can throw at us.

Executive coaching is hot. What was stigma (“You’re so broken you need a coach?”) has become status symbol (“You’re so valuable you get a coach?”). Tiger Woods and Michael Phelps have coaches. Even President Barack Obama has a coach, if you count David Axelrod. Microsoft ‘s young high-potential leaders get coaches. If elite athletes and organisations think they need coaches, shouldn’t you have one too? Shouldn’t we all?
No. Executive coaching–personal training in leadership from someone who provides it for a living–should be used like a powerful prescription drug that works best under certain conditions. When employed as a cure-all, it is less effective, too expensive and has negative side effects.

Based on the latest research and 25 years I’ve spent coaching senior executives and high-potential young leaders, here are five diagnostic questions you should ask before making the decision to hire a coach.

1. How valuable is this person’s performance and potential to your organization?

When done right, executive coaching is expensive and time-consuming. It should be reserved for people who are critical to your organization’s success, or will be in the future. In general, this includes everyone at C-level, heads of major business units or functions, technical or functional wizards, and your bench of high-potential young leaders.

Just how expensive and time-consuming is executive coaching? Although there is tremendous variation in fees and arrangements among coaches, be prepared to pay a C-level coach what you pay your top attorney. If this seems excessive, consider that a coach must have the experience and expertise to quickly grasp a leader’s situation, challenge assumptions and choices, and bring credible, fresh ideas to the table. Doing this with your best and brightest is not easy. And given the influence a coach can have on an executive’s decisions and actions over the course of a typical six-to-12-month engagement involving bimonthly meetings, regular phone calls and e-mail check-ins, a bargain coach whose sophistication does not match the client’s is a big mistake.

2. What is the challenge the person is facing right now?

People, relationships, organizations and behavioral change are what executive coaches know best. When an executive is struggling to learn how to best manage herself and engage others, you’ve found the sweet spot for executive coaching.

He might be a chief executive officer trying to figure out how to work with his board chair. Or a regional vice president scaling up to global responsibility, learning how to lead her former peers. Or a technical wizard who destroys teams with his resistance to all ideas but his own.

But be warned: An executive coach is not a consultant. He may have technical or functional expertise. But he should not be used as an answer person, an extra pair of hands or a bolster for a weak leader. He helps executives think through and tackle their own problems. Self-reliance, not dependency, is the goal.

3. How willing and able will the executive be to work with a coach?

The client has got to want to change. A bright, motivated coaching client can step up to most challenges. A bright, unmotivated one will waste everyone’s time and money. Working with an executive who has been pressured into coaching by his boss or human resources department is an uphill battle, though it’s not impossible.

Coachability is important. Look for a track record of unusual growth under the guidance of teachers and mentors. Coachable executives readily share their experience. They are realistic about their strengths and weaknesses. They learn from others but do it their own way, taking responsibility for whatever happens. They know how to leverage a coach.

4. What alternatives to coaching are available?

There are many ways to help executives grow as leaders. High-level training, mentoring, reading, job rotation and special assignments are just a few. The most overlooked alternative is attention from the individual’s own manager. As coaching has become more fashionable, I’ve seen too many managers abdicate their own coaching responsibilities, turning a struggling executive over to a professional. Sometimes the problem is beyond what the manager can handle. But often managers hand off executives because they’d rather not deal with messy people stuff.

The manager is already being paid to coach. Don’t incur an executive coaching expense if the problem is within that manager’s capabilities.

5. Are key people in the organization ready to support this person’s efforts to grow and change?

Changing the way you think and act is tough even when you have support from others. But when key leaders above or beside you are indifferent, skeptical or hostile to changes you’re trying to make, things get exponentially more difficult. Coaching works best when key people in the executive’s world stand solidly behind her. They need to provide tailwinds, not headwinds. Coaching relationships in a vacuum of support fall apart before any goals are achieved.

When conditions are right, executive coaching can be one of the best people investments you’ll ever make. But it is not a panacea for every executive development problem. Answer these five questions, and you’ll make better decisions about who is likely to benefit from coaching. And who isn’t.