Just watched a fantastic program on BBC 1 about called Transplant Tales. On the program there were two brothers from Scotland, both healthy men who chose to be living kidney donors. To donate your kidney to a loved one is an amazing gift. However, These two amazing men not only donated their kidneys but did it for complete strangers. They will never know the difference they have made to the other family, but I think it is safe to say they will have changed their lives!

By David | Blog, CaseStudy | No Comments 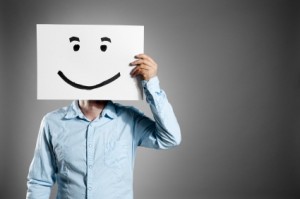 “One afternoon, in the middle of a particularly boring grammar class, my English teacher set aside her book and took nominations for the best song on our local Top 40 radio station. For the first time that year, all hands were in the air. There was no ‘right answer’ to a question of personal taste, or so I thought until she eventually called on me, and I announced my choice and that it was not only the best song in the Top 40 but possibly the best song ever…. What I remember is not my recommendation so much as the silence that followed it, an absence of agreement I can only describe as deafening.

“The first time I heard the song, I was hooked…. I bought it and played it over and over again. The song satisfied me on every level, but if nobody else liked it, I guessed that I didn’t, either. That evening, alone in my room, I found that I was too ashamed to listen to my record, or even to look at it, really. It reminded me of my wretched eagerness to please. From this point on, whenever someone asked my opinion, I would turn the question around, and then proceed accordingly. If the person I was with loved game shows and Deep Purple, then so would I, and if I was caught contradicting myself—watching or listening to something I’d sworn to have hated—I would claim to be doing research, or to be enjoying the thing for its very badness. You could do this, I learned, and people would forgive you, consider you interesting, even.” Having spent my life trying to fit the will of others, I was unable to distinguish between what I enjoyed and what I thought I should enjoy.”1

We are all familiar with the old imperative “To thine own self be true,” and clear that much would be resolved if only we operated consistently with it, but the pull for getting approval from others and the need to fit in is a strong one. Even when we’re fully aware that we’re being inauthentic, and know that we don’t really believe in what we’re doing or saying, we still act as if we do—because we’re afraid we might risk losing approval of some kind. Even though we know the standards we’ve set for ourselves are impossible to realise, we still keep trying—we hide our perceived shortcomings, or pretend they don’t exist. In doing so, we unwittingly add yet another layer of inauthenticity.

It’s hard to be at ease when we have to keep up a pretense and not be true to ourselves in some way. Yet it’s not as if we woke up one morning and intentionally said, “Gee, I think I’m going to act inauthentically today. What my life’s going to be about is looking good and avoiding looking bad.” This way of being is just kind of automatically there. Every time we opt for looking good or avoiding looking bad over what’s actually true for us, inauthenticity creeps in and we compromise who we are.

We don’t much like thinking of ourselves as being inauthentic, but we live in societies today in which the name of the game is to “make it,” to “fit in,” to “look good,” so a great deal of what we think and do becomes shaped by a kind of cultural commitment to that. That pull or gravitational force is an ontological phenomenon, not a psychological one—it’s the already/always condition of being human (a term which kind of speaks for itself). This condition is ubiquitous—it influences everything: How we see and respond to situations, what we’re concerned with, what’s important to us. While we might think we are responding in true, authentic ways, what is actually happening is that our responses are essentially just a fallout of that already/always condition. And it is against that pull—the enormous gravitational force of that condition—that we attempt to be authentic.

When we compromise, even in the tiniest of matters, it’s easier for those compromises to become more and more commonplace; we begin to feel as if doing that is a normal and O.K. way of behaving. Over time, bit by bit, this erodes our sense of self. It’s like stirring one drop of red paint into a can of white. The paint may turn only the palest shade of pink, and while that might seem barely noticeable—no matter what we say about it—the paint is no longer what it was. Similarly, when the wholeness and completeness of who we are is jeopardised in some way, albeit imperceptible at first, our sense of ourselves gets obscured, making it harder to return to who we are. When that begins, there’s really no starting point to become ourselves—it’s all flailing around.

To be authentic requires putting aspects of our present ways-of-being on the line—letting go of pretenses, letting things show themselves in new ways, and acknowledging whatever inauthenticity is at play. The possibility of fully being ourselves occurs in proportion to our being authentic; said another way, it occurs in proportion to the degree we own our inauthentic ways of being. In not owning them, we essentially resign ourselves to inauthenticity staying around. Living with a pretense, or being afraid that some aspect of ourselves might be found out, precludes any real freedom. We live, rather, with a kind of fabricated freedom—a large price to pay.

Sartre said that facing one’s freedom can be terrifying and uncomfortable—because facing it makes one feel insecure, and inevitably produces some level of anguish. Hence, we are constantly tempted to live inauthentically, pretending to ourselves that we are not free. To maintain this pretense, we try to convince ourselves that our actions are determined—by our character, our circumstances, our nature, or whatever. The last thing we want to admit is that our actions are determined only by our free, unconstrained choices.2

Being authentic—stepping outside of the swirl of the already/always condition—requires courage. Humorist Josh Billings said, “This undertaking is not only the most difficult thing to do, but the most inconvenient as well.” In being authentic, the already/always condition becomes stripped of its power and is no longer the determining force in shaping who we are. Here, the context for the question “who am I?” shifts from flailing about, trying to find ourselves somewhere out there, to a context of creation. This is more difficult, because there is no zeitgeist to read, no template to follow, no known path to success. It’s a blank slate. It’s a matter of courage—a matter of creating possibility. It gets made up as we go along, and it is this shift that makes available to us the full possibility of being human.

By David | Blog, members | No Comments
0

How quick does life pass us by?… A must see!

Please watch this clip which one of my coaching clients sent over.  I would love to hear back what you get out of the clip?

What does every coaching client want?

Did you know that (from experience and observations) over 80% of coaching clients are looking for a life coach because they are stuck and looking for a breakthrough in there lives.
They’re struggling with something and don’t know what to do to change the direction of their lives.
They want a coach to help them see what they’re struggling with, and what they can to do to transform it.
Come along to my introduction to life coaching event in Leeds on the Wednesday 15th July to find out more about life coaching and how it can help you.
For more information Contact me